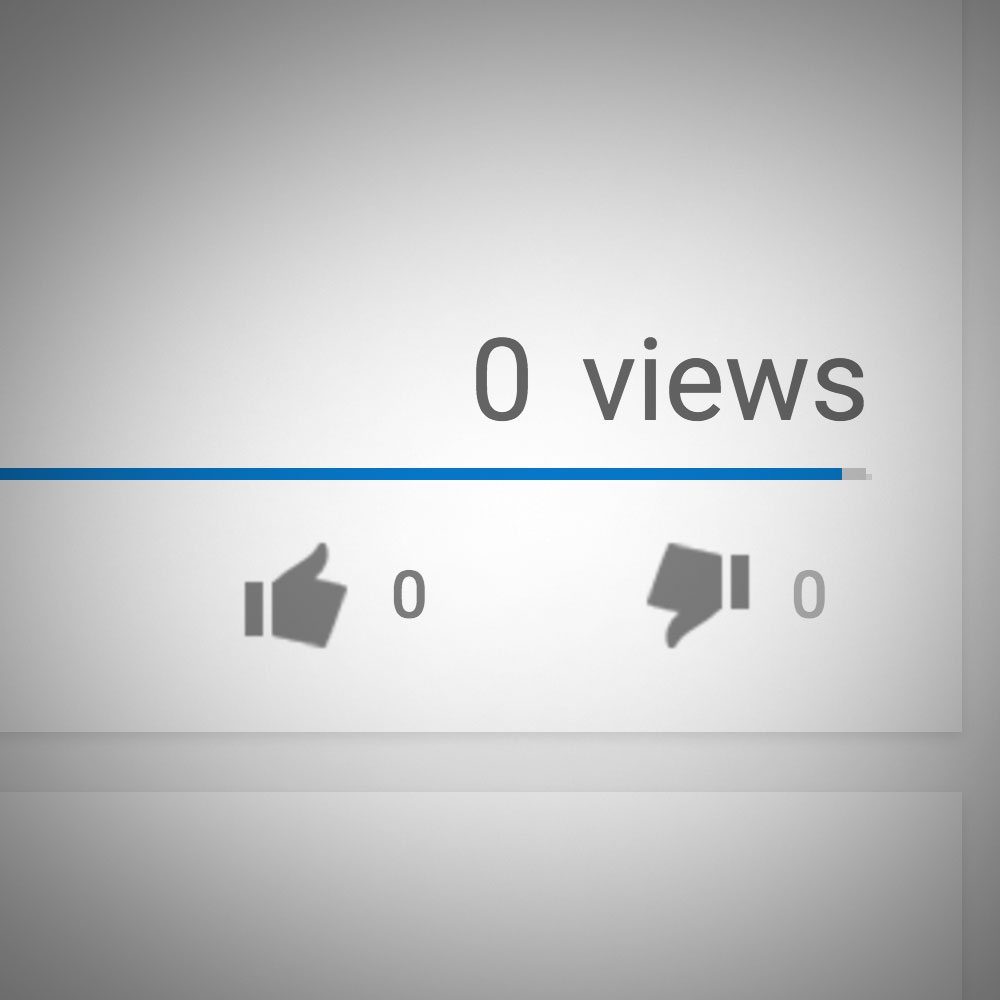 So many videos suck. Whatever kind of video — Youtube, Facebook, event videos, training videos, movies — there are lots of reasons so many videos are unwatchable.

The good news is that most of them are easily solved. Here are 10 reasons your videos suck.

When anyone is just starting out with anything, they are going to suck at it. If you haven’t made many videos before, you’re not going to be very good at it.

The key is that you keep doing it. The best way to learn to make better videos is to keep doing it. Keep learning from your mistakes. Watch your videos several times and try to pinpoint what sucks about it. Watch other people’s videos in the same vein as yours, and take notes on what they do.

For the love of God, get a tripod. They’re cheap. Or at least get a stack of boxes and put the camera on top. It’s very, very hard to shoot awesome video handheld. Those that can pull off great handheld video have practiced for a long time. And there are techniques you can learn to help your handheld skills.

Some cameras and phones offer electronic stabilization — it essentially takes a certain amount of shake out of the video. Relying on this is not ideal. The image quality is almost always degraded.

Other options to steady up your video will cost you more. Monopods work well, but you still need to be holding the camera. There are some monopods out there that have legs that you can fold out at the bottom, but it’s still not as stable as a tripod. Steadicams are pricey, take time to set up, and require a lot of practice. Sliders are great, but again they can be expensive, and their functionality is limited. There’s also a variety of shoulder mounts (I happen to use one often), but you still have to be very steady while using them.

Just get a tripod.

You may have shot some awesome-looking video. However, if the audio is bad, the whole thing is bad. Voices might sound like they’re far away. You might have way too much reverb because you’re in a room full of hard surfaces. The air conditioner might be running right behind you. Wind might have been blowing into the mic. It’s all distracting and makes it very annoying to watch.

Spend time improving your audio. Monitor it (if possible) while shooting. Use microphones. Eliminate background noise. Learn a few things about EQ and compression. Experiment with where background music might work.

Your video is too long.

This applies especially for online videos, but generally holds true for most kinds of video. Your video should be as short as possible and still communicate what you want to say. Edit, edit, edit. Otherwise your video can get boring and cumbersome.

Online, people don’t want a 10-minute video. They want a 2-minute video. If you find your video is going long and you can’t cut anything else out, consider breaking the video up into multiple ones.

In nearly every other kind of video, you have some degree of control over the lighting. Take advantage of this, and make sure everything is properly lit. Learn about basic 3-point lighting, backlighting, bouncing light — everything you can. Good lighting is magical in video.

Can’t afford professional lights? I hear that. Go to Lowe’s or Home Depot. Buy some 1-inch PVC pipe, some connectors, a bunch of clamps, and a bunch of those metal work lights that are dirt cheap. You now have everything you need to build light stands for the lights. They may not be pretty, but they do the job. I can a whole bunch of those things around.

You color balance is off.

Different light sources emit different colors of light. Although our brains are great at adjusting for this and we tend to always see white as white no matter what kind of light is present, cameras are not so forgiving. If you tell your camera that you’re shooting in daylight when you’re actually indoors using tungsten lights, everything will have an orange hue. Switch that around, and everything will be tinted blue. Don’t even get me started about the nightmares with halogens and fluorescents.

Know what lights you’re using and set your camera for that. Phones even allow you to do this now.

You get into real trouble when you mix different kinds of lights. Trust me — don’t ever do that.

Good editing software can help you correct bad color balance. I should warn you that relying on software to fix whatever you screwed up while shooting is always a last resort — the image quality will always suffer. Get it right when you’re shooting.

You’ve got to think about what you’re shooting before you shoot it. What’s the point of the video? Is there a story you’re trying to tell? Are you trying to teach or offer advice? Plan out everything you can before the shoot, and the video will be infinitely better.

You’ll definitely thank yourself for careful planning while editing. I learned early on that you can never shoot too much b-roll. Those are all the extra things you shoot that you can cut to when something goes wrong in your main shot.

Think about this: you shoot an interview. Plain old talking head. When you bring the video back to edit, you realize that you accidentally bumped the camera while your subject was talking. Or maybe someone walked into the shot. Or maybe you have an awkward edit and need to cover it up. If you had a cache of b-roll, then you could cut to those shots and smooth everything over. Closeups of their hands gesturing, shots related to what is being talked about, another camera angle . . . it’s all invaluable.

The more you plan, the better your video will be.

Every shot is at eye level.

Every person on earth sees life at eye-level. Your video will look boring if you give your viewers nothing but eye-level video. Get down low and shoot upward. Get up high and shoot downward. Shoot from the side.

I’m not saying that you should do all of these on a whim, and make your video nothing but shots at weird angles. But at least mix it up a bit.

Take some time to learn about the psychology behind different camera angles and what they imply for the viewer. For example, shooting upward at your subject suggests stature, power, and influence. And, depending on how extreme the angle is, it can imply intimidation. Shooting downward suggests weakness.

Photographers seem to grasp this better than videographers.

There are ways of arranging subjects of visual interest within the frame that are naturally pleasing to the eye. One of the most fundamental concepts of visual composition is the rule of thirds. Take your frame and divide it into a 3×3 grid. 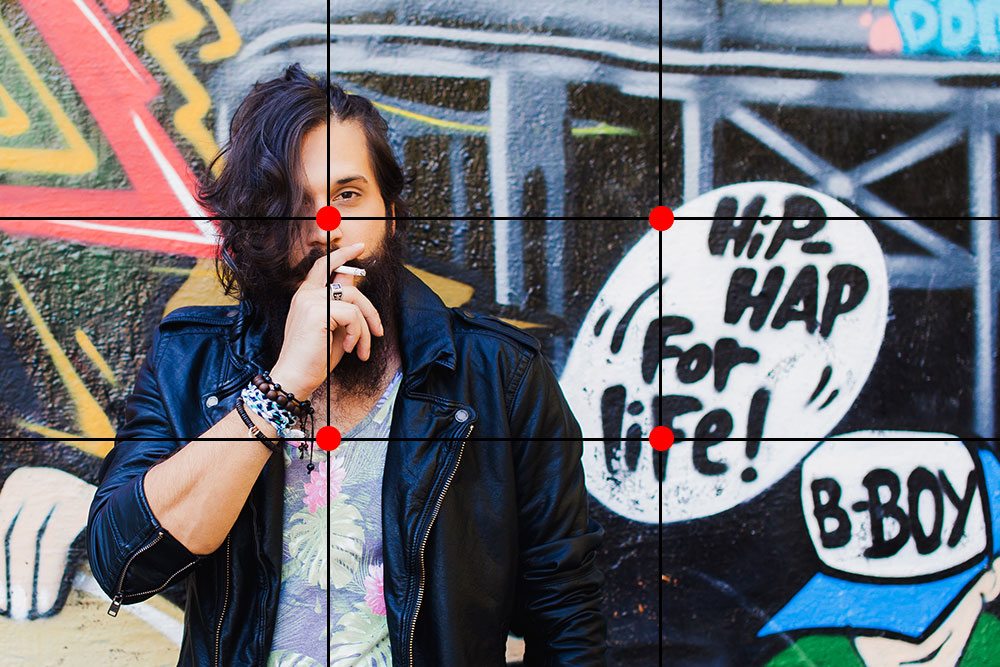 Your eyes will always gravitate to one of the 6 intersection points. So you damn well better put the most important stuff there.

For example: interviews. Always try to put the subject’s eyes around the leftmost or rightmost upper intersection. Another example: scenic long shots. Put the horizon along the upper or lower horizontal line.

If you’re shooting someone walking from left to right and want to follow them, place them on the leftmost vertical line at all times. Let them always be moving into space within the frame.

It’s simple, but effective. It will make the viewers unconsciously happy with what they’re seeing.

The rule of thirds isn’t the only compositional guide out there — read up on it. But just mastering this one will reap huge benefits.

You’re moving the camera way too much.

Even though it’s the last one on my list, it’s the most common mistake of inexperienced shooters. Your gut tells you that it’s boring to keep the camera still, so you overcompensate. Pans, zooms, tilts . . . you go balls to the wall with it. And it makes for terrible watching.

Rule of thumb: when in doubt, don’t move the camera. If you have to move the camera, you better have a damn good reason for it. Do it slowly and smoothly. It’s widely accepted that when you’re panning, if it takes an object less than 6 seconds to move from one side of the frame to the other, you’re panning too fast.

If you’re zooming in, make it a long zoom. Slow, smooth, and deliberate.

Of course, there are always instances where you can break the rules. And I encourage you to experiment in breaking the rules. But remember this: you’ll never be able to effectively break the rules unless you know what the rules are.

I’m telling you 3 big things here. Making good videos takes work, education, and experience. Do your homework and put in the time, and your videos will cease to suck.